SIX  WONDERS OF INDIA that will get you packing your bags

The Taj Mahal in Agra is considered by many as one of the most beautiful buildings in the world and it is easy to see why it is on this list of the wonders of India. A photo simply cannot express the magnitude of its beauty, only being in its presence can one capture the wonder and sacrifice that this building represents. In 1983 the building became a UNESCO World Heritage Site is considered as the finest example of Mughal architecture in the world as well as being cited as “The jewel of Muslim art in India and one of the universally admired Masterpieces of world heritage”. Click here for more information on the Taj Mahal. 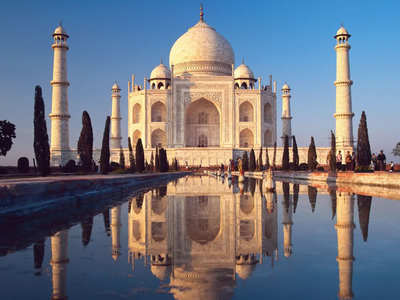 THE UNDISPUTED WONDER OF INDIA: THE GOLDEN TEMPLE

Situated in Amritsar in the northern state of Punjab, the Darbar Sahib or The Golden Temple as it is known is the most sacred of all Sikh temples and is a symbol of Sikh independence and strength throughout the world. The magnificent carved doors open on to a bridge which leads to the main building of Sri Harmandir Sahib. At over two hundred feet long and 21 feet wide the building is an excellent example of harmony between Hindu and Muslim architecture. Guru Ram Das, the fourth Guru of Sikhism dug out a big pool which became known as Amritsar meaning: Pool of the Nectar of Immortality, giving a name to the City that grew around it. 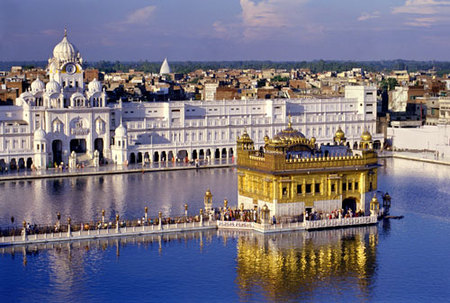 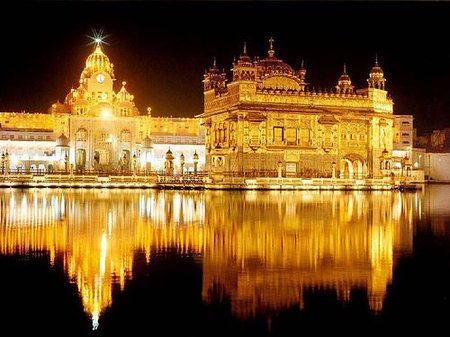 Tawang Monastery is one of the most strangest wonders of India. At an elevation of over 10,000 feet the Monastery is situated in Tawang town in Arunchal Pradesh. The Monastery represents the Gelugpa sect of Buddism and is the Buddist centre for Cultural studies. The three storey complex covers an area of around 140 square metres and is home to around 70 residential buildings and in the centre a 8.3 meter Golden Buddha statue. 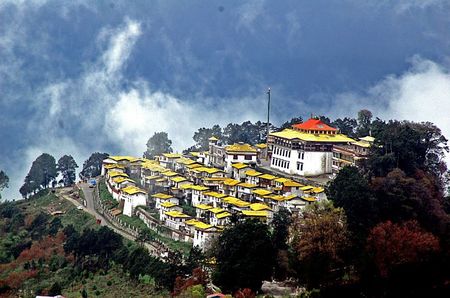 This highly impressive fort contains a rather large portion of the city of Jaiselmer in Rajasthan. Also known as the Golden Fort, it is situated in the massive Thar desert and has a lot of history of battles.

It was built in 1156 Ad on Trikata Hill but unfortunately, over time the sandstone is starting to erode and parts of the fort are falling into disrepair and starting to collapse. From the top it is possible to see hundreds of miles in many directions including the Pakistan border. At one point the entire population of the city lived inside the fort which gives you an example of its sheer size. It's possible to walk around within its walls for days and still get lost! 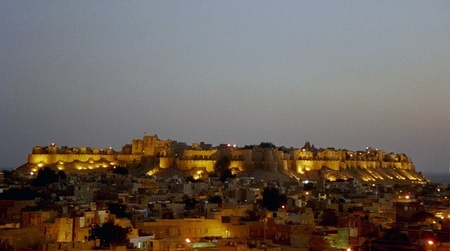 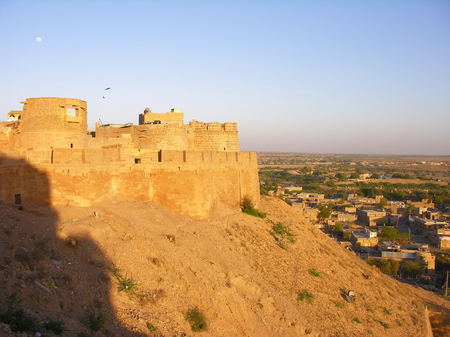 THE IMPRESSIVE WONDER OF INDIA: THE RED FORT

Located within the capital city Delhi, the Red Fort is a must for anybody travelling there. In places the 2.5 kilometer wall reaches 16 meters high and in others almost 33 meters. This fascinating structure was built by Shah Jahan in 1639 A.D and remains one of the most impressive forts in India. On the 15th of August, India's Independence Day, the Prime Minister raises the national flag and addresses the nation from the top of the massive ramparts. For more in depth information on this, the mightiest of the wonders of India follow this link: Red Fort at Delhi 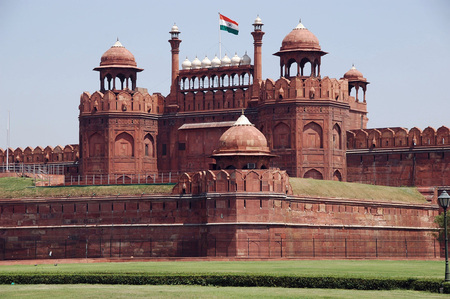 Located 35km from the seaside town of Puri and 65km from the capital of Orissa, Bhybaneswar,the Sun Temple is built out of red sandstone and granite and is designed in the shape of a massive chariot with seven horses and 24 wheels, each 11 feet in diameter. It is an impressive image to say the least! This UNESCO World Heritage site represents Surya, the Hindu Sun God and depicts the grace and rhythm of life in all its beauty and variety... nice.. 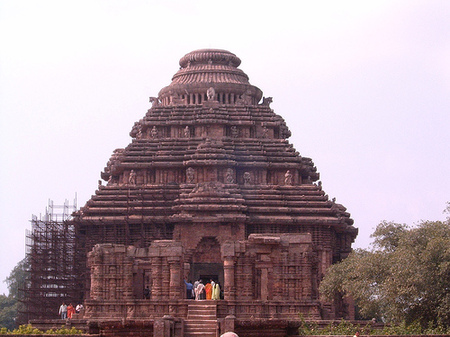 I hope you enjoyed this page of the six wonders of India, if you did and are looking for more then check out the top nine monuments of India. Please feel free to get in touch or leave a comment below or contribute to this growing website in any way you feel fit.

From the Wonders of India