Ancient India: A light on the past casting shadows into the future


Simple markets and bazaars in street alleys and chic designer boutiques in high-end shopping centers both cater to the people’s needs and wants. Well-preserved remnants of the past such as temples and forts and well-built modern buildings will awe almost anyone. Modern India is very much like a superimposition of ancient India, anywhere you look, you will still be able to find traces of the charm and character of the old world. 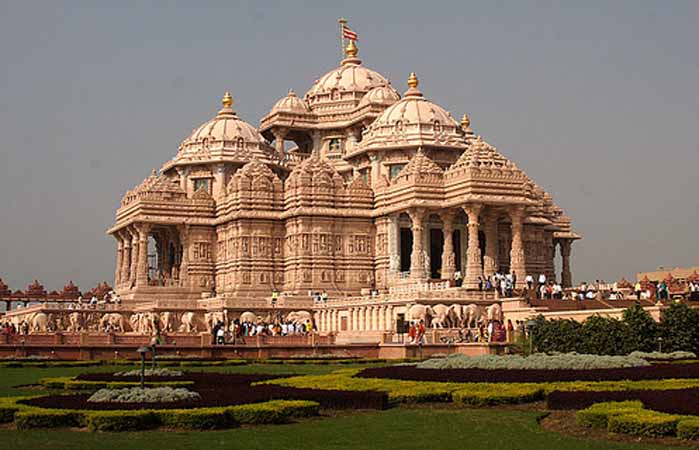 India's history began approximately during 3000BC. This is supported by two important findings which have proved that from India sprung one of the oldest civilizations on earth like that of Mesopotamia, Sumer, China and Egypt.

The two findings were the ruins of the cities at Mojenhodaro (literally translates to “city of the dead”) and Harappa. These two findings are responsible for the astounding discovery that India already had a civilization prior to Aryan occupation. It helped shape the study of Indian history from the early twentieth century up to now.

The old Indian cities were very well planned. The carefully placed streets could be compared to those of present day New York City. The houses were built of stone and some were even two-storey. Houses had a room allocated for hygienic purposes which could be compared to our bathrooms and toilets. Covered drains that acted like sewers lined the streets of these cities. The people built granaries, citadels, dockyards, brick walls and warehouses which prove that the civilization had some kind of architecture.

Assumptions on ancient Indian religion are based on the physical evidences found in the ruins. Baths that were found may have been used for ritual bathing ceremonies which can be linked to that of modern Hinduism. There were also some structures that looked like altars which could have been used for animal sacrifice while Terracotta figures could have been representations of ancient deities. There is an important ancient Indian seal that depicts a horned figure surrounded by animals which some think of as an early representation of the Hindu God Shiva.

Indian religion is unclear because up to now, the writings found from excavations have not yet been deciphered so assumptions can only be made as to what the old religions where and consisted of.

THE PEOPLE OF ANCIENT INDIA

Farmers during ancient times grew barley, melons, peas, dates and wheat. They had herds of sheep, pigs, water buffalos and zebus, which is a kind of cow. People caught fish for food and cultivated cotton farms.

Evidence of trade based on the distribution of Indus civilization artifacts. Artifacts were found in some parts of Afghanistan, coastal regions of Persia, northern and central India and in Mesopotamia.

The Indus valley civilization falls on the Bronze Age. True enough, during excavations, many bronze tools were found. This shows that the people were also craftsmen.

History and culture always go side by side. To understand one's culture, you must look back in history to trace its roots.During ancient times, the people of the Indus civilization wore colorful robes and women adorned themselves in gold and precious stones. Similar to that of today, you will notice that Indians still wear colourful fabrics and the women, like those of the past, wear jewellery.

Music, dance and theatre were already part of Indian culture. People participated in these activities and incorporated their own style and grace. The traditional styles would later evolve to accommodate the changing times but of course the distinct Indian culture in these three arts would still remain. One can clearly see this in today’s Bollywood movies.

Getting a glimpse of the history of an age old civilization like that of the Indus is humbling because it makes you realize that many great feats in different aspects of society and culture were already reached decades ago.

For more information about ancient India and the people who inhabited this wild place follow the link to the British museum.