Indian Art Temples stand as living, timeless examples of art in India. Their presence and existence backdates to the era of kings. Many famous temples in India have shown the outstanding talent of the Indian artists and sculptures who created them. For instance, the Sun Temple in Konark [Orissa], Ajanta & Ellora Caves in Maharastra and several other places have attracted foreigners with the great sculptures they possess. The India Art was encouraged by several rulers of the Mourya, Chola, Pandava and all the dynasties that ever existed in India. 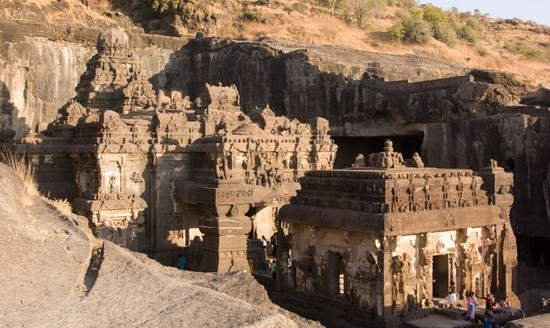 Above: A small part of the Ellora cave complex 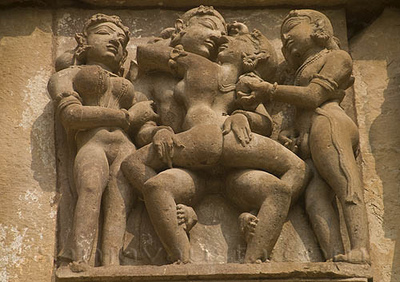 To add to the richness, Buddhist monasteries and shrines also contain great works. These great works of art are done using primitive tools, i.e. Rock. Rock was cut with tools made out of rock. If at all any India art was found by the archaeologists that was done on Paper or other materials apart from rock, they were compositions of pure organic colors extracted naturally. These carvings or paintings of ancient Indian Art temples depicted the various forms of God Shiva, Vishnu & his various forms, Goddess Lakshmi and so on.

Several of these carvings or paintings can be viewed on the walls of various ancient temples and museums throughout India. 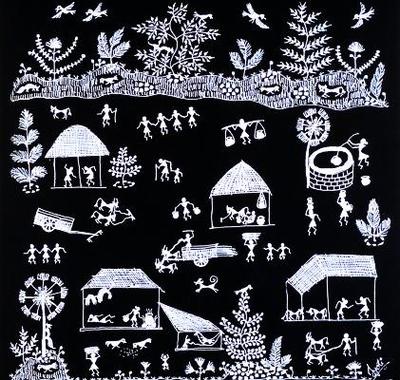 Orissa, in the North East of India has been the base of a series of many large empires and was once one of the wealthiest places in India. Consequently, the kings and other noble figures spent huge sums of money on a huge array of spectacular monuments, temples and shrines. People who know say that the temples in this particular region of India form some of the most unique and interesting structures in world. Well worth a visit if you ever get the chance.

Below: The Jagannath Temple, Orissa 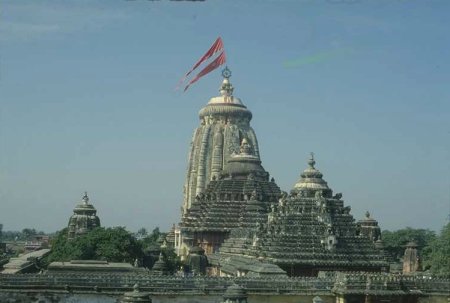 or go back to the main Indian Art page